Thread lift can enhance the nose and give balance tote face 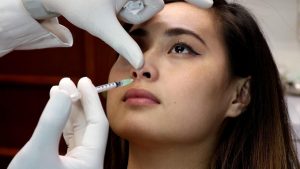